This is a post reflecting and lamenting my own reactions and thoughts to news articles.

Every day, we meet with news headlines describing calamities, both accidental, and intentional. It is often the case that we see numbers affixed to the headlines; “12 die in…”, “84 die in…”, “….126 killed..”, “..death toll of 3,245…” and we react differently depending on this figure, geographical location, or where the victims are from.

It is almost like we don’t think a few people dying is worth any special expression, yet if more die, then it warrants an exaggerated reaction, purely for the numbers of people.

Why is this? If people die one by one, is that not as bad as dying all at once? It is estimated that over 60 million people died in 2016, the vast majority without public note. This is more than both world wars combined. Wouldn’t we react differently if they all died at one time? – Yet the loss of life remains in either case.

We have lost the importance, significance and the worth of a single soul. After many generations of sin, we have become so desensitised to horrible things, cruel tortures, malice, thefts, adulteries and other perplexities, as they have increased both in volume and media coverage.

This is not how it was in the beginning: 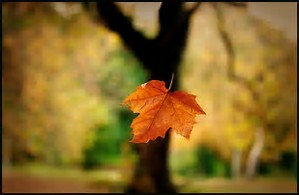 The land has felt the curse, more and more heavily. Before the Flood, the first leaf which fell, and was discovered decaying upon the ground, caused those who feared God great sorrow. They mourned over it as we mourn over the loss of a dead friend. In the decaying leaf they could see an evidence of the curse, and of the decay of nature (Spiritual Gifts 4a:155). {1BC 1085.7}

We thank God, that the Bible paints the picture of a different kind when viewing the singular soul, that we are individually loved and cared for as if we were the only ones in the world.

Luke 15:4 What man of you, having an hundred sheep, if he lose one of them, doth not leave the ninety and nine in the wilderness, and go after that which is lost, until he find it?

5 And when he hath found it, he layeth it on his shoulders, rejoicing.

6 And when he cometh home, he calleth together his friends and neighbours, saying unto them, Rejoice with me; for I have found my sheep which was lost.

7 I say unto you, that likewise joy shall be in heaven over one sinner that repenteth, more than over ninety and nine just persons, which need no repentance.

In the parable the shepherd goes out to search for one sheep—the very least that can be numbered. So if there had been but one lost soul, Christ would have died for that one. {COL 187.2}

Every soul is as fully known to Jesus as if he were the only one for whom the Saviour died. The distress of every one touches His heart. The cry for aid reaches His ear. He came to draw all men unto Himself. He bids them, “Follow Me,” and His Spirit moves upon their hearts to draw them to come to Him. Many refuse to be drawn. Jesus knows who they are. He also knows who gladly hear His call, and are ready to come under His pastoral care. He says, “My sheep hear My voice, and I know them, and they follow Me.” He cares for each one as if there were not another on the face of the earth. {DA 480.1}

We thank God for His love, that He is not neglectful, or careless of us, as we are of each other.
This one picture illustrates the effect of what our reaction should be to the loss of just one:

May the Lord help us, soften us and give us hearts of flesh.

Hebrews 4:15 For we have not an high priest which cannot be touched with the feeling of our infirmities; but was in all points tempted like as we are, yet without sin.